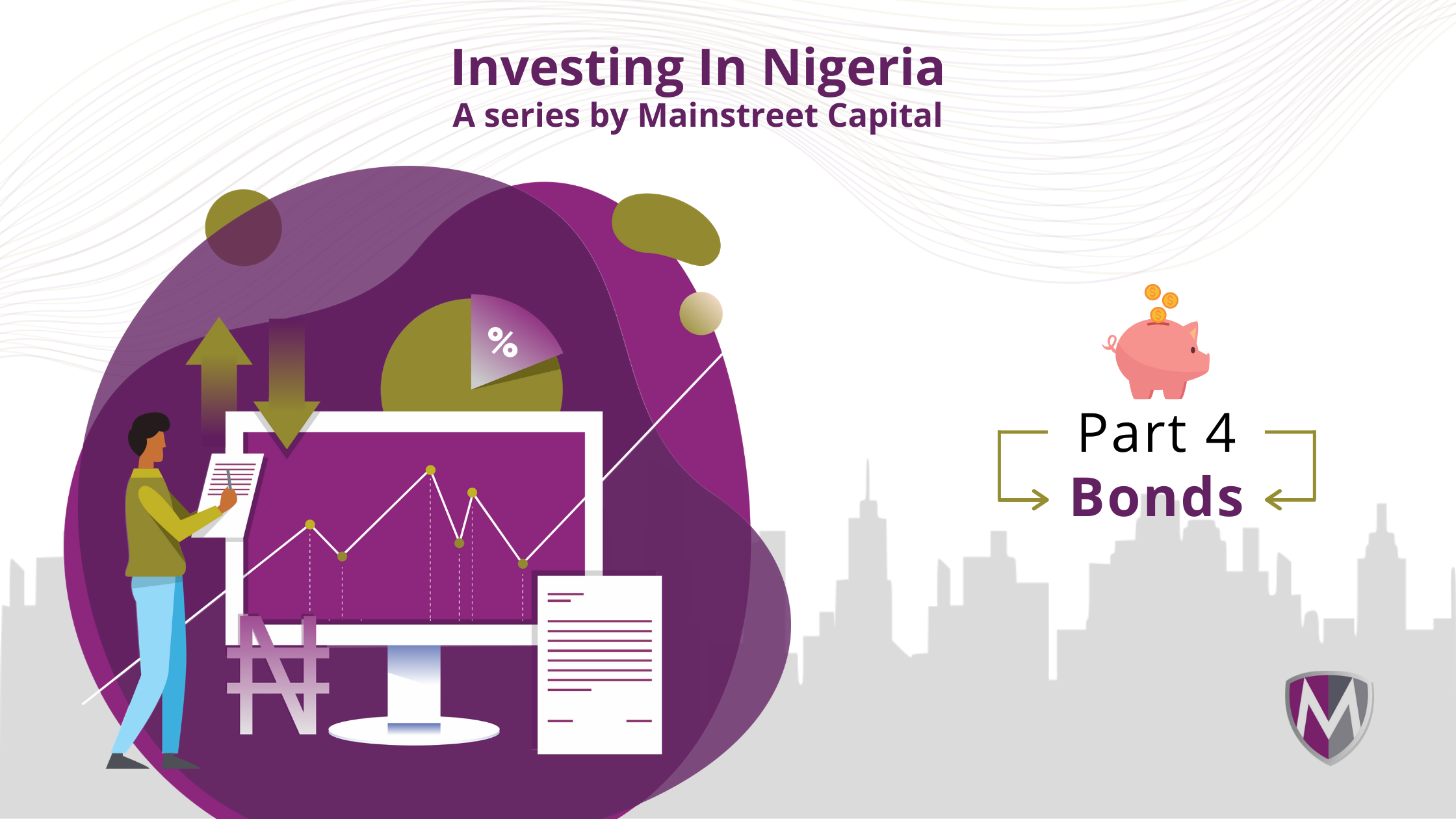 This is the concluding post on the 4-part series, “Investing in Nigeria”. We have taken you on a journey exploring the meanings of each article and how these investment vehicles help turn a profit. Today, we talk about Bonds and extensively but simply cover what Bonds mean and how investors earn from them. Let’s dive in.

A bond is a fixed-income investment in form of a loan from the investor to a Corporation or Government.

In simple terms, it should be looked on as an I.O.U. Where the borrower (State, Government, large Corporation etc) uses the monies raised to finance Projects. The issuers are the borrowers while the investors are creditors or debt holders.

The details of a bond includes the include the end date when the principal (original investment) of the loan is due to be paid to the bond owner and usually includes the terms for interest rates.

Many corporate and government bonds are publicly traded; others are traded only over-the-counter or privately between the borrower and lender.

It is important to note that government bonds are called by different names depending on the duration. Bonds with maturity less than 1 year are called bills (Ie Treasury bills). Bonds between 1 – 10 years are called “notes” while those longer than 10 years are called “bonds”. The entire category of bonds issued by a government treasury is often collectively referred to as “treasuries”. It is also called Sovereign Debt.

This example Summarizes the Lesson on Bonds before we go into details.

If a company that needs to borrow $5 million to fund a new research, they could issue bonds because the bank would give them higher interests that they would pay investors, for example, 23%. They instead borrow from the public by issuing bonds with a 10% coupon that matures in 10 years.

If they knew that there were some investors willing to buy bonds with a 7% coupon that allowed them to convert the bond into stock if the result from their research increases the company’s stock price above a certain value, they might prefer to issue those bonds. This will be a Convertible Bond.

If the credit value of a company improves after 5 years or the government interest rate improves, they would be able to afford to give less coupon rates than originally expected because the demand for their bonds will skyrocket. So the company calls back or buys back the bonds to reissue at a lower coupon rate, this is called a Callable Bond

If the credit of the company starts to drop after 5 years, and investors decide to put back or sell back the bond before it reaches maturity, it is called a Puttable Bond

It is usually a great idea to get asset manager to choose the kinds of bonds that one should invest in as there could be different combinations of convertibility rights coupon rates and other bond characteristics making each investment unique. Because there isn’t a strict standard for each of these rights and characteristics, getting a bond professional and Asset Managers that will meet their investment goals is key. Below are the 4 most common types.

How to Earn From Bonds

Although generally considered “safe,” bonds do have some risk.

How to get Bonds

Here at Mainstreet Cap, we have a great team ready to talk to you about your options and the rates available to you, no matter the size of your investment portfolio. Reach out to us here.